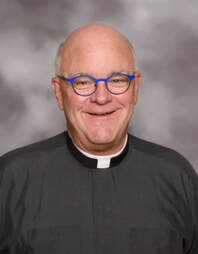 Pastor
​Fr. Tom Fangman has served in the Archdiocese of Omaha as a parish priest since his ordination. A native of Omaha, ​he attended Christ the King, Creighton Prep and graduated from Kansas University. Then he attended Kenrick-Glennon Seminary in St. Louis where he earned two Master’s degrees: Counseling and Theology.  Father Tom was ordained a priest in 1992 by Archbishop Daniel Sheehan and his first assignment was at St. Philip Neri in north Omaha.  Next he became Associate Pastor of Sacred Heart Church in Norfolk, Nebraska where he was also a Theology teacher at Norfolk Catholic.   Father Tom became Pastor of Sacred Heart Church in Omaha in 1998. In 2016, he joined St. Patrick's Parish as its Pastor. 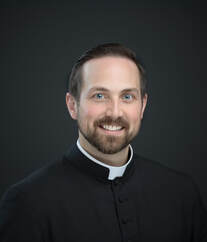 Associate Pastor
Fr. Padraic Stack was born in Ithaca, NY, as was his older brother, but after 18 months, he and his family moved to College Station, TX. After 6 years and the birth of his younger sister, they moved to Amherst, MA; however, eight years later, Fr. Stack and family moved once again, this time to Hastings, NE where Fr. Stack completed his last three years of high school. Much like he wasn’t rooted physically, he also wasn’t rooted spiritually.  His parents did a wonderful job raising his brother, his sister and him with many of the same morals the Church teaches; however, they were not raised in the Church.

After high school, Fr. Stack attended the University of Nebraska – Lincoln, graduating in 2008 with a master’s degree in architecture and two bachelor’s degrees: one in civil engineering and one in design. Upon graduation Fr. Stack accepted a full-time position with an architecture firm in Omaha.  During this time of transition from school to the working world, he found his heart beginning to transition from desiring the pleasures of the world to desiring the fruits that come from a life of faith. He had been chasing after what the world promised would bring success and happiness, but found himself feeling lost, unfulfilled, and as though his only companion was darkness.

As he was seeking something to fulfill his emptiness and dispel the darkness, God provided him with an opportunity to work on the structural design of a Catholic Church.  Questions started to arise about the design and liturgical layout of the Church, which in turn led to deeper questions about faith in general. With the help of the Holy Spirit working in and through some great friends and co-workers he was led to St. James parish where he went through RCIA and at the Easter Vigil in 2010 received all three Sacraments of Initiation.

The Lord had given him a new life and he was grateful beyond measure.  In this spirit of gratitude and love for the Lord, Fr. Stack recognized that his life was no longer his own, but that it belonged to Christ and that he was to live this new life in and for Christ.  Through much discernment and spiritual direction, he found himself being drawn toward the vocation of the priesthood.  Thus, he began formation at Kenrick-Glennon Seminary in August of 2012 in the Pre-Theology program and remained through May 2018 when he graduated valedictorian of his class and received his master of arts in theology, master of divinity, and sacred theological baccalaureate. On June 2, 2018, Fr. Stack was ordained a priest for the Archdiocese of Omaha and assigned to be Associate Pastor of St. Stephen the Martyr Church in Omaha. After three years of service and many blessings received, Fr. Stack was then reassigned to be Associate Pastor of St. Patrick’s in Elkhorn. 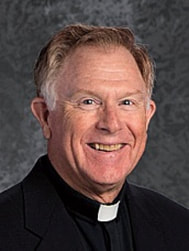 ​​
​Deacon
Jim Ricketts was ordained a permanent Deacon in 2010 in the Roman Catholic Church Archdiocese of Omaha after a four-year theology program. He is assigned to St. Patrick’s Catholic Church – Elkhorn. He serves Jesus Christ in various ministries in the Church.
Jim was honored with the Louisiana College Trustee's Distinguished Service Award (2013) and Wayne State College Alumni Achievement Award (2015). Jim is an Eagle Scout and past Scout Master.
Jim Ricketts served the mission of Opportunity Education Foundation 2010-2018 in the capacity of President and Chief Operations Officer. The Foundation served 1,688 primary schools in 11 developing countries in Africa and Asia with curriculum, technology, educational materials along with teacher development. The mission made quality education available to children in the poorest of poor so they can improve their standard of living.
​
Prior to OEF, Jim retired as Vice President of TD Ameritrade 1986-2006.  Mr. Ricketts was an arbitrator for the Financial Industry Regulatory Authority (FINRA).  He received his Jurist Doctorate from Thomas Jefferson School of Law in San Diego, and undergraduate degree from Wayne State College.  He holds Bar Admission in California.
Deacon Jim Ricketts
(402)333-6667 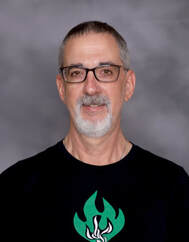 He is a convert, joining the Catholic Church shortly after marriage in 1988.  Jay and his wife Carol of 33 years have two children; Austen who lives in Mesa, AZ and Megan who is a senior at UNK.  The family has been members of St Patrick’s since 2003.
Jay heard a voice during a Sunday Mass in 2012 saying, “I want you to be a deacon.”  The significantly emotional event became more emotional after confiding in his wife who confirmed she knew as she had heard a voice as well.  He said YES and was ordained by His Excellency George J. Lucas, Archbishop of Omaha, on May 4, 2019. He enjoys the fishing and hunting in his spare time. 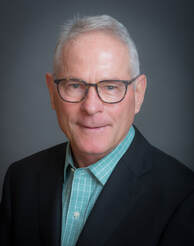 ​Deacon
Deacon Joe and his wife Pam recently joined the St. Pat’s – Elkhorn family after spending the previous 23 years at St. Pat’s – Gretna. Joe was ordained a Permanent Deacon on May 5, 2012 following four years of Diaconate formation. Both Pam & Joe have been active in Catholic Church ministries including Parish and Finance Councils, CCHD teachers, Joe as chaplain of numerous Jeff Cavins’ Bible Studies, and RCIA instructor and participant. They also enjoy assisting engaged couples with marriage preparations, as well as Baptism classes.

Pam and Joe are both life-long Nebraskans--Pam born and raised in Omaha, a graduate of Burke High School and Clarkson Nursing School, and the Doctor of Nursing Practice at Creighton University. Joe is a farm boy from Hubbard (Northeast), NE. He received his BSBA with a concentration in accounting from UNL and then began his CPA career in Omaha. Pam and Joe are parents of six adult sons, and they love their five (so far) daughters-in-law and seven grandchildren. For fun they enjoy all things active and outdoors, as well as cooking, reading, and gardening.
Deacon Joe Hartnett
​(402)289-4289 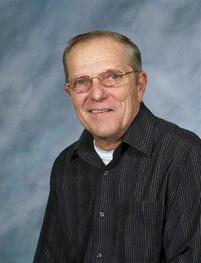 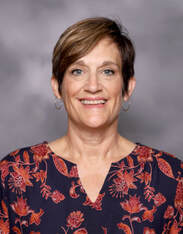 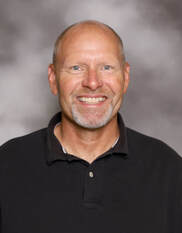